« To reveal everything that is outstanding in every legendary car model »

French contemporary photographer, Amaury Soares is passionate. His eyes had always been attracted by curves, colors and light, those of vegetal world but also in automobile ! The artist gives his vision, meticulous and detailed of exceptional cars. 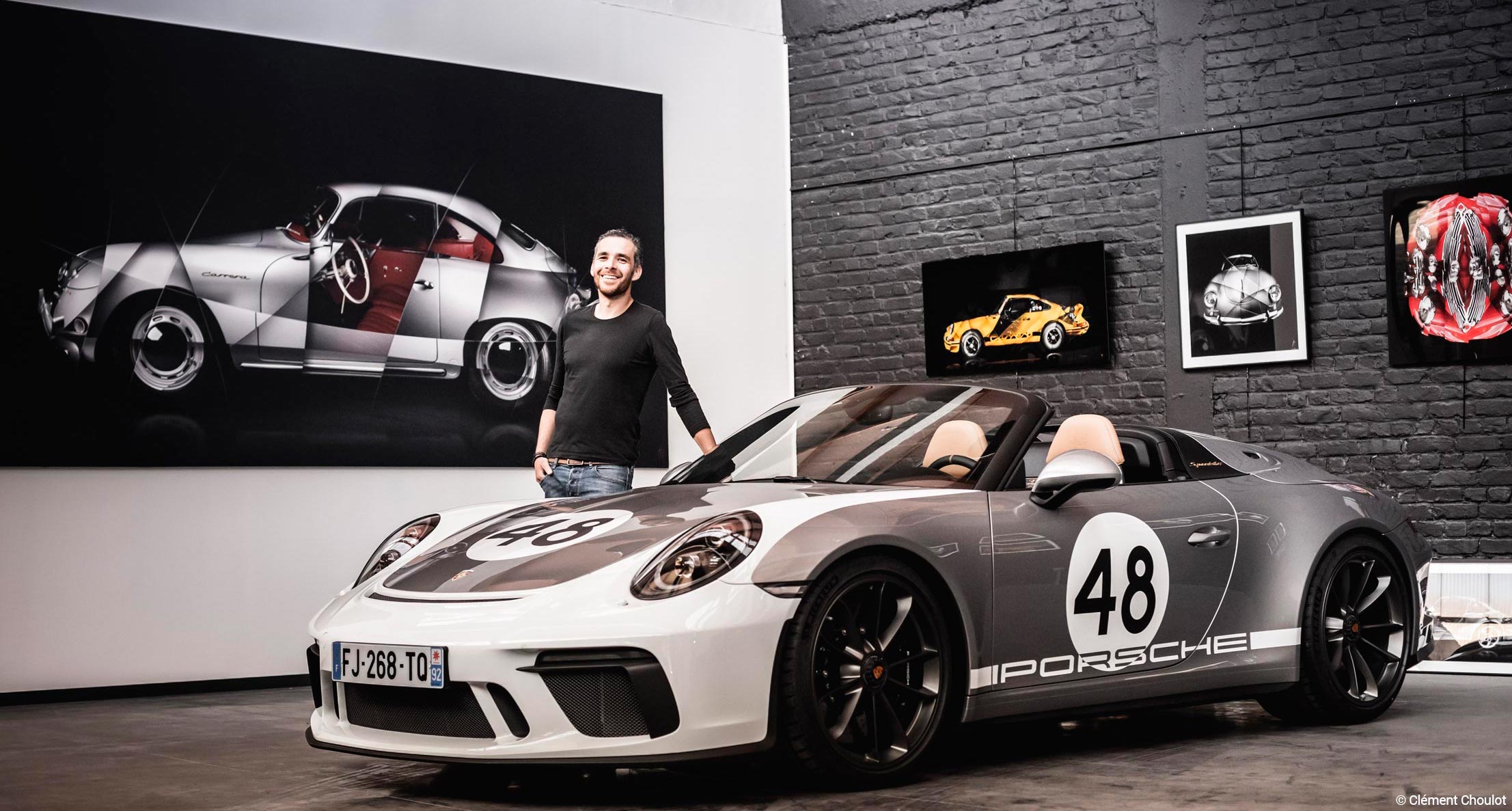 Amaury Soares is a dedicated artist, fascinated since childhood by curves and colours, at first in botanical world and since his studies at Saint Luc Institut in Tournai by those in automobile sector. The artist reveals car bodywork’s curves in his skilfully worded creations, but also every detail that makes an exceptional car what it is.

The artist takes hundred of photographies of the car in order to capture it from all angles, working with light to catch each detail. Photographies are then studied, cut, and assembled to obtain the shot the car would have in our mind.

The artwork thus obtained is not just a car photography but everything the car inspires us, gathering every dimensions the car pictures before our very eyes.

With his cars artworks Amaury Soares mingles his numerous skills as an artist acquired along his artistic journey.

Photographer but also painter known as Amaury Dubois, his assured style, called “Curvism” is noticeable among all and recognised by the media. The bridge between the versatile artist’s art pieces is the movement that illustrates itself in curves and colors, highlighted through shadow and light.

Passionate and perfectionist, to Amaury Soares each detail is important, even the one, which to most people, won’t be seen.

Through is art he wills to highlight, make the invisible visible, without us even noticing it. He approaches his environment and elements composing it in his own way, putting emphasis on an other reality than the one visible at first glance. 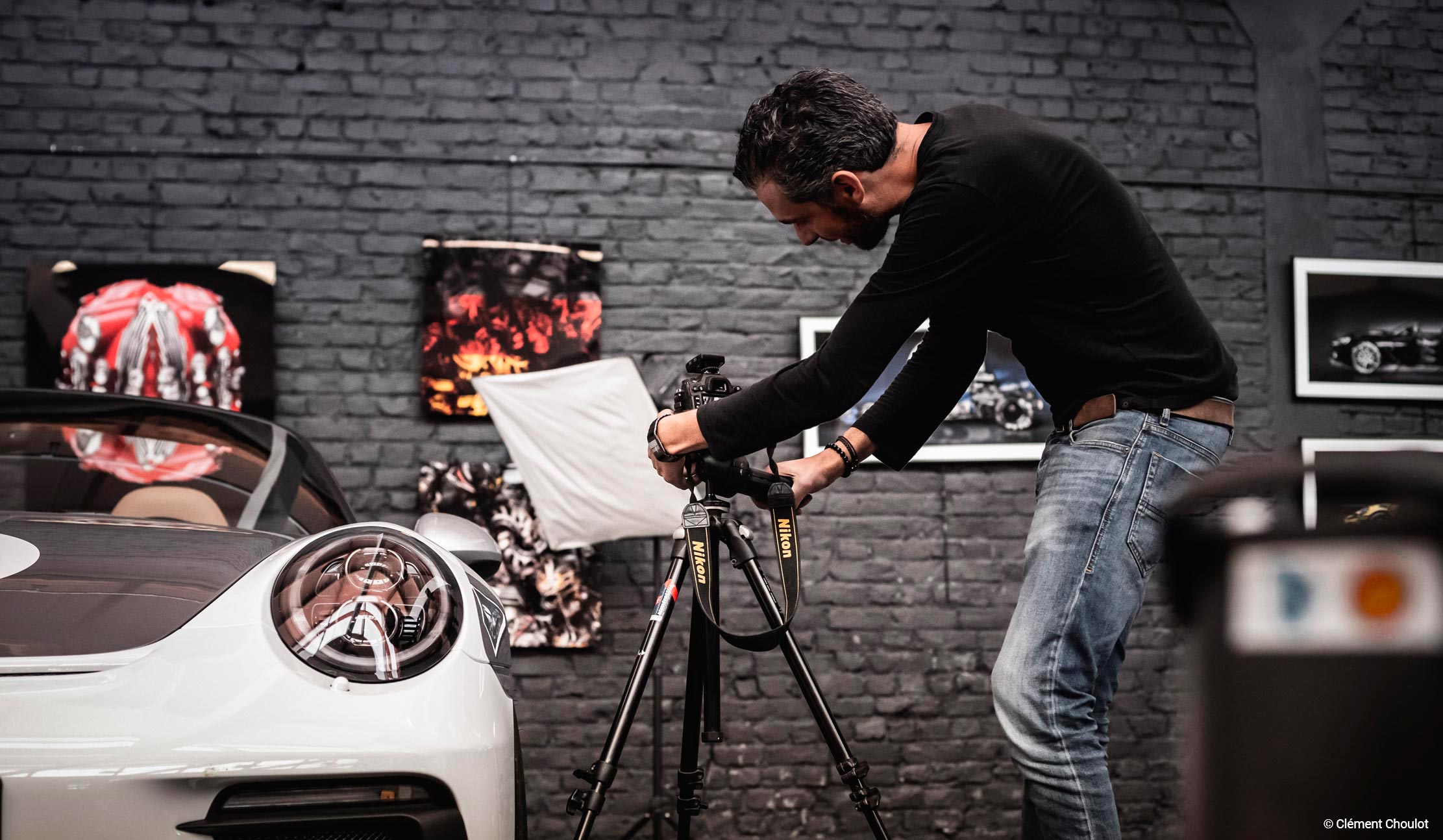 Since 2008 the artist collaborate with numerous distinguished brands like Aston Martin, Ferrari, Porsche… and racing drivers to realise made-to-measure art pieces. From new car launch to advertising to events and places decor…

Amaury Soares’ automobile art photographies were exhibited to public for the very first time in 2016 at Paris “Salon Retromobile”.

Moreover some of his artworks are being permanently exhibited in several art gallery and museums and are part of numerous collections worldwide (France, Luxembourg, Netherlands, USA, Singapore, Swiss, Portugal, Brazil…).

Lastly they are frequently presented by automobile dedicated media.

2019 - Launch of vehicle : Renault called on Amaury Soares for the launch of Renault Megane RS to realise an art photographie of the car, edited under Ice Box and gifted to media and partners.

2017 - Auction : In order to raise founds for the foundation Race Against Dementia, racing driver Jackie Stewart called on Amaury Soares to do an artwork on his Tyrrell 003.

2008 - Launch of vehicle : Creation of a unique design for a Mercedes Benz Smart car.